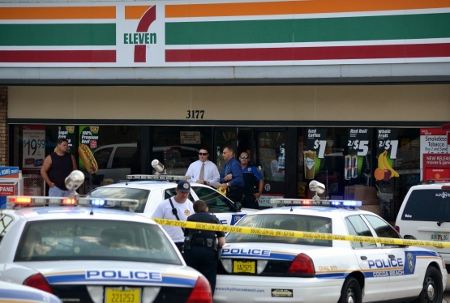 SIMILAR:  Shooting At The Fawlty Towers Motel In Cocoa Beach

The area around the gas pumps in front of the 7-11 have been roped off with crime scene tape.  The suspect who was involved in the shooting, 30-year-old Oliver H. Babadjide, was airlifted via First Flight medical helicopter to Holmes Regional Medical Center in Melbourne, Florida and is in custody and hospitalized.


Babadjide was previously arrested for battery on a law enforcement officer on April 13, 2012. Below is his mugshot from last month's arrest: 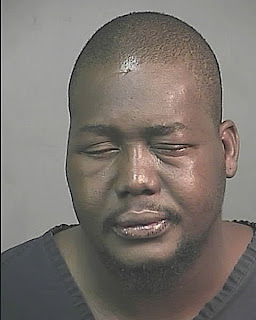 Shooting At The Fawlty Towers Motel In Cocoa Beach