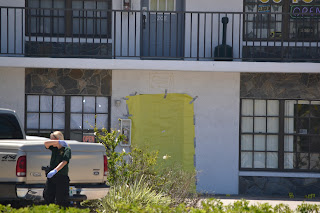 The incident arose from a dispute that Dr. Morrell had with Whiskerz Pet Grooming, a business neighbor in the Columbia Commercial Condominium Association, Inc. located at 102 Columbia Drive, Cape Canaveral, Florida.

When deputies stormed the business, Dr. Morell allegedly pointed his firearm at the deputies who then shot and killed Dr. Morrell.