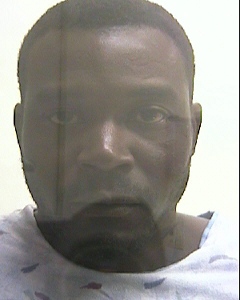 MELBOURNE, Florida -- The Melbourne Police Department has made an arrest in an aggravated stalking and burglary case with the assistance of the Brevard County Sheriff’s Aviation Unit (STAR).

On August 17, 2012, the Melbourne Police Department received a complaint that stated Ramon Hogue had sent an ex girlfriend text messages that contained threatening comments which put her in fear for her safety.  Hogue then allegedly broke into the victim’s residence on Pineapple Avenue in Melbourne, Florida.  But the victim was able to get out of the home.  Melbourne Police Officers and the Brevard County Sheriff’s Aviation Unit responded to look for Hogue but he could not be located at that time.

Suspecting that he may return to the victim’s home, officers stayed close by to monitor the area.  At almost 5:00 A.M., Hogue did return to the area.  Once Hogue was confronted by officers, he fled on foot westbound across US-1.

The Brevard County Sheriff’s helicopter returned and the air crew was able to watch Hogue as he jumped fences in order to try to evade capture.  Officers continued to pursue Hogue until he was eventually apprehended by Melbourne Police K-9, DiOGi.

Hogue was booked at the Melbourne Police Department before being transported to the Brevard County Jail. K-9 DiOGi was brought to a veterinarian clinic to be treated for heat exhaustion and will make a full recovery.