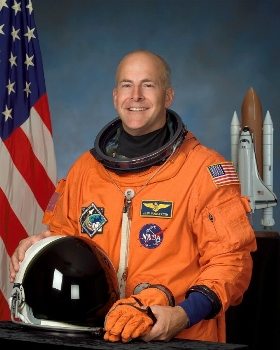 KENNEDY SPACE CENTER, Florida -- A memorial for Captain Alan Poindexter, the former NASA Space Shuttle commander who died July 1, 2012 in a watercraft accident near Pensacola, Florida, has been set for 1:00 pm on August 10, at the U.S. Naval Postgraduate School in Monterey, California.  Poindexter's family announced that a beneficial trust has been established for his son, Samuel Poindexter.

The trust, created in response to the outpouring of concern and support from those who knew and respected Captain Poindexter, will provide for the long-term health, support and maintenance of Poindexter’s severely autistic and epileptic son.


Needing 24-hour care, Samuel Poindexter’s acute and challenging special needs will be supported for the rest of his life via the Samuel Pfeiffer Poindexter Special Needs Trust.  Those interested in making a gift of a donation may do so via:

Donations are not tax deductible. Questions and requests for information may be addressed to Chris Holladay or any other member his team at Wells Fargo Advisors via 866.377.4950 (Toll Free) or 757.431.6311 (Office).

The Florida Fish and Wildlife Commission reported back in July that Poindexter was out with his two sons, 22-year-old Samuel Poindexter and 26-year-old Zachary Poindexter, on borrowed personal watercraft just west of a bridge that connects Pensacola Beach and Gulf Breeze in Little Sabine Bay, Florida.

FWC Northwest Region spokesman Stan Kirkland told Brevard Times that Captain Poindexter was riding on the back of a watercraft driven by Samuel while Zachary was drving another watercraft.  For some unknown reason, Samuel's watercraft had become idle - possibly due to salt spray in Samuel's face.

Captain Pondexter was then airlifted from the scene to Baptist Hospital in Pensacola, Florida where he was later pronounced dead at age 50.

Selected by NASA in June 1998, Poindexter reported for training in August 1998.  Initially, Poindexter served in the Astronaut Office Shuttle Operations Branch performing duties as the lead support astronaut at Kennedy Space Center.  He served as a CAPCOM for several missions and is veteran of two space flights.  Captain Poindexter has logged more than 669 hours in space.   In 2008, he served as Pilot on STS-122, and in 2010 was the Commander of STS-131.  Captain Poindexter retired from NASA in December 2010.