Man Exposes Self While Looking Into Girl's Window 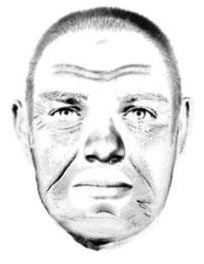 PALM BAY, Florida -- Palm Bay Police Detectives with the Special Victims Unit (SVU) are attempting to identify and locate a suspect who committed a sexual offense in a neighborhood located in northeast Palm Bay, Florida.

On August 27th at approximately 9:15 p.m., Palm Bay patrol officers responded to the 1500 block of Norman Street NE after receiving a complaint from a resident who witnessed a white man exposing himself and committing a lewd act in the driveway of a home.

The man was also described as “weathered” as if he had years of construction work and was possibly homeless.

According to the witness it appeared the individual was looking into the bedroom window of a 12-year-old girl.

The witness did make contact with the individual before he fled on foot.  Responding officers canvassed the area but were unable to identify or locate the suspect.

SVU detectives worked with the witness to develop a composite sketch of the individual and the investigation is ongoing.

Anyone with information is asked to contact the Central Florida CRIMELINE at 1-800-423-TIPS.

Callers can remain anonymous and can be eligible for cash rewards of up to $1,000 in this case.

Residents are also urged to be aware and immediately report any suspicious individuals and activity.