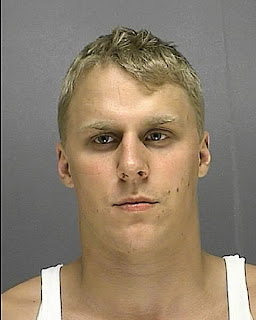 DELTONA, Florida -- A Deltona man is under arrest after pictures surfaced of the man allegedly having sex with a 4-year-old girl.

However, the Volusia County Sheriff’s Office’s Sex Crimes Unit is continuing to investigate and additional charges are pending.

During questioning, Volusia deputies say that Fleming admitted to having sex with the child and taking pictures of the two of them during the sexual encounters and then sending them to a woman who was his girlfriend at the time.  Fleming also shot video clips of the sexual activity as well from his cell phone.

After the images were discovered, the Sex Crimes Unit along with Sheriff’s investigators who specialize in working Internet crimes against children were able to quickly use their technological and investigative skills to access the images for evidentiary purposes, track down the suspect and secure an arrest in a matter of hours.

Fleming was booked into the Volusia County Branch Jail in Daytona Beach shortly before midnight on Friday and is being held without bond. Anyone with information about Fleming or additional victims is asked to call the Sheriff’s Office’s Sex Crimes Unit at (386) 323-3574.
Labels: Volusia