In lieu of flowers, donations may be made in her name to Life Care Center of Melbourne or any charity of your choice.


Anyone wishing to share a memory or send the family a message is asked to please visit Dora's guestbook at www.beachfuneralhome.com. 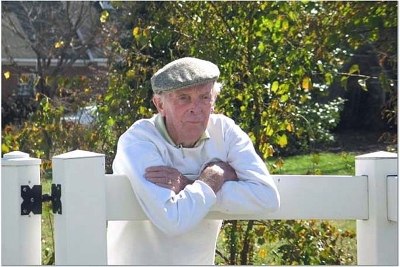 
Born in Wexford, Ireland, he and his late wife, Eileen McCaffrey Sheridan immigrated to the United States in 1960. For the past 46 years, he resided in Indian Harbour Beach, FL. He will be remembered for his love of family, for his wry humor and dry wit, and for his deep and abiding faith in God.


As a child, John had two ambitions: to travel the world and to become an engineer. He received a scholarship at age 17 and attended Atlantic College in Dublin, Ireland, receiving his second class radio operator’s license in 1942. He joined the British Merchant Marines in April 1943 and worked as a radio operator during WWII. He stayed in the Merchant Marines after the war for a total of 9 years, experiencing amazing adventures and realizing his childhood dream of traveling around the world, by his calculations, one and a half times.


John received his Full Technical Certificate in Engineering from the City and Guilds Institute in England, achieving his second ambition. He later studied photography at the University of Washington, and theology at Loyola University.


In 1937, John wrote an essay for a school assignment on the future of space travel never imagining as a boy he would have a 35 year career in the aerospace industry. In his early career he worked for British Airplane Company in Bristol, England and in Montreal, Canada. In the US, he worked for Boeing Industries in Seattle, New Orleans, and at Cape Canaveral. While at Kennedy Space Center, he was employed with Bendix, Lockheed and Rockwell Companies as a lead engineer in the development of rockets and space vehicles for NASA. Looking back on his life, John recalled, “I lived to see the most outlandish prophecy of a 13 year old boy move from the realm of science fiction into reality, and am more than happy to have been a small part of that amazing period of space development.”


John’s entire life was defined by his strong faith, and he was truly a man who lived his earthly life in preparation for eternity. He and his family joined Holy Name of Jesus Church in 1966 when it was still a mission church, and he remained an active member since then. For the last 24 years, he was an employee of HNJ, working in many capacities from the liturgy committee to administrative support and data base work. As the first to arrive in the office each morning, John always had the coffee ready.

“Make me gentle and selfless in the care of my family and children; help me guide them in the toils and troubles, the happiness and wonders of this life.”  John is reunited in death with his wife of 49 years, Eileen. He is survived by his son John F. Sheridan, and daughters Helen Miller, Carmel West, Elizabeth Hatley, Mary Hontz, Deirdre Englehart and Una Martone, and their families, including 13 grandchildren and 2 great grandchildren. “Be with me always and may I come to you in heaven, and all my family with me.”


A visitation will be held from 6-8 pm, Thursday, October 4 at Beach Funeral Home, Indian Harbour Beach with a rosary and wake service at 7 pm. A Mass of Christian burial will be celebrated at 1:30 pm Friday, October 5th at Holy Name of Jesus Catholic Church, Indialantic.


In lieu of flowers, donations may be made to the Education Endowment Fund at Holy Name of Jesus Catholic Church, 3050 N. Hwy. A1A, Indialantic, FL., 32903.