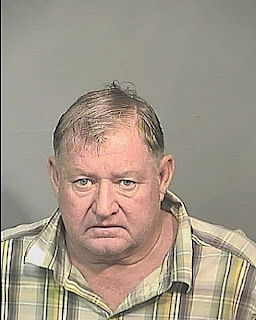 
In October of 2011, police say that Johns intentionally exposed his genitals to a woman and her two-year-old child.  Again in December of 2011, he allegedly exposed himself to a child under the age of 16.

The charge of Lewd and Lascivious Exhibition is a second degree felony, which if convicted, carries a term of imprisonment not to exceed 15 years.

The charge of Exposure of Sexual Organ is a first degree misdemeanor, which if convicted, carries a term of incarceration not to exceed 1 year.  Several potential victims have come forward to report numerous similar incidents.

West Melbourne police detectives are still working with other victims at this time, and are asking any other potential victims to contact Sergeant Carlos Navedo at the West Melbourne Police Department.


Johns was incarcerated at the Brevard County Jail in Sharpes, Florida on a $31,000 bond.