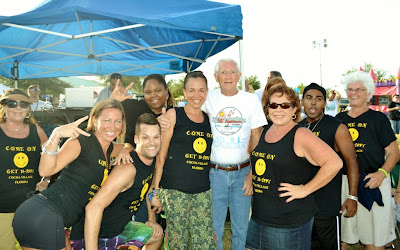 CAPE CANAVERAL, Florida -- The 2012 Space Coast Music Festival celebrated the kick off of the 50th Anniversary of The City Of Cape Canaveral at Manatee Sanctuary Park on Saturday, September 29th, 2012.


Randel's presentation was followed by a flash mob performed by "Come on Get Happy."


Posey's Democratic challenger for Florida Congressional District 8 and Cape Canaveral City Council member Shannon Roberts was also at the event to celebrate the 50th Anniversary of the City of Cape Canaveral, Florida.  Coincidentally, Roberts once owned a Chevelle as well.