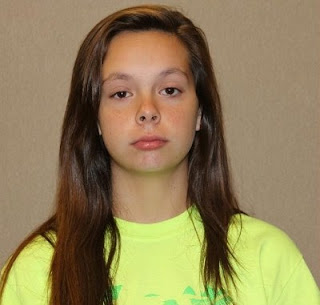 LAKELAND, Florida -- On Wednesday, September 19, 2012, Polk County Sheriff’s Office deputies, along with members of the Department of Children and Families, responded to the Lakeland Regional Medical Center after medical staff reported treating 14-year-old Cassidy Goodson, of Lakeland, Florida, for what was reported to be a miscarriage.

At approximately 9:30 pm on Saturday, September 22, 2012, the PCSO received a call advising a full term baby had been located inside a shoebox with soiled clothing at Goodson’s Greenbrier Village residence.

Teresa Goodson, Cassidy’s mother, had been collecting dirty laundry when she smelled an odor in Cassidy’s room.  She collected soiled items from the room and found the deceased newborn among the laundry items.  Homicide detectives responded to the residence.

Cassidy told detectives she began to feel ill on Monday, September 17, 2012, and that the discomfort continued through Wednesday.  Sometime between 7:00 am and 10:00 am, Wednesday, September 19, 2012, Cassidy went into the bathroom and went into labor.

Realizing she was delivering, she placed a towel in her mouth and turned on the bathroom water to conceal any noise she might make during the delivery.

As the pain of labor increased, Cassidy took a pair of scissors to “pry the baby out.”  The infant, a 9.5 pound, 20.4 inch boy, delivered alive and into the toilet.  Cassidy lifted the moving infant from the toilet, felt for a pulse, found one, then allegedly placed her hands around the infant’s neck and squeezed until he wasn’t moving or breathing any longer.  She took the infant’s pulse again and found none.

Cassidy then began to clean up the bathroom, bathing herself and the dead infant before placing him in a shoebox along with soiled towels and clothing.

Detectives learned the teen, who weighs 100 pounds and is approximately 5’3” tall, had been attempting to conceal her pregnancy from her family by wearing baggy clothing for the past several months.

Some members of the family suspected the teen was pregnant and counseled Teresa Goodson regarding the teen’s changing appearance.  During this time, Mrs. Goodson denied her daughter’s pregnancy advising family members that two home pregnancy tests were administered and showed no positive result.  Both tests were conducted by the teen, alone and in private, with no parent present in the room at the time, because Mrs. Goodson wanted to protect her daughter’s privacy.

An autopsy performed determined the victim was a full term infant and that he was alive and breathing prior to death.  The cause of death was a result of asphyxia from strangulation and blunt force trauma.

Cassidy was arrested late Thursday, September 27, 2012.  She was medically screened and cleared prior to being arrested and transported initially to the Juvenile Assessment Center, then transferred to the Polk County Juvenile Detention Facility.

The investigation in on-going.

911 Calls - Brevard County Mom Kills Her 4 Kids, Then Self