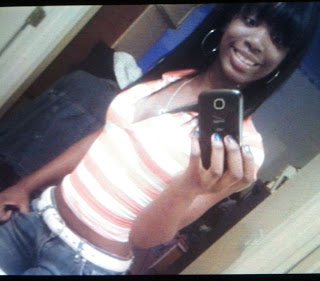 DELTONA, Florida -- The Volusia County Sheriff’s Office is seeking the public’s help in searching for a 16-year-old girl who left her home in Deltona Friday morning and hasn’t been seen since.

Sharoyal Duff left her home on Elkcam Boulevard at about 11 a.m. on Friday.  When she hadn’t returned home by 8:30 p.m., a worried relative called the Sheriff’s Office to report her missing. While she has run away in the past, the family is concerned for Sharoyal’s well-being because she has exhibited some signs of depression lately.

Sheriff’s deputies have been searching numerous areas where Sharoyal is known to frequent, but so far have been unable to find her. They believe she may be in the DeLand or Orange City areas.

Sharoyal is 5’5” and weighs about 105 pounds and has brown hair, brown eyes, a light complexion and scars on both sides of her neck. When last seen, she was wearing denim shorts and a red and white shirt.

Anyone who sees Sharoyal or has information on where she might be is asked to call the Sheriff’s Office at (386) 736-5999.