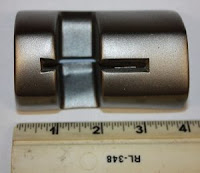 VOLUSIA COUNTY, Florida -- Unknown suspects have recently been very busy in central Florida fishing for financial information at grocery store ATMs.  Volusia County Sheriff’s Office investigators are advising citizens to be extra vigilant when using debit or credit cards in any electronic device to pay for goods or obtain cash. Skimming devices have been found on local ATMs recently, and investigators are hoping that someone will recognize the suspect seen in surveillance video images released today.  Deputies say that no fraudulent activity on anyone’s bank accounts has been traced to skimming activity, but the risk is certainly present. 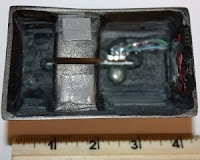 A manager at the Publix grocery store located at 3750 Roscommon Drive, Ormond Beach, told deputies that she had checked the store’s ATM, located outside the store, Sunday afternoon.  The card slot cover seemed to have a lighter color than she remembered it having.

Upon further inspection, she was able to easily pull the suspicious cover off.  She then contacted the Sheriff’s Office.  Deputies viewed surveillance video and saw a man approach the machine at about 8 a.m. and put the skimmer in place.  He returned about two hours later to check the skimmer, but he was wearing different clothes.  Deputies took custody of the skimmer device.

The Port Orange Police Department is investigating a similar incident at a Publix in their jurisdiction. A skimmer was found Saturday on the store’s ATM at 3821 Nova Road.  The device was very similar in appearance and construction to the one found near Ormond Beach.  They both look handmade and have makeshift circuitry inside. 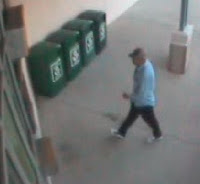 Based on surveillance images, the suspect is a white male in his 40s.  The first time he was seen at the Ormond Beach store he wore a long sleeve light blue shirt, black pants, white tennis shoes and a ball cap with a navy blue front panel. 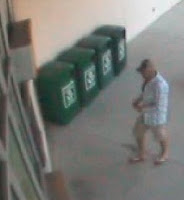