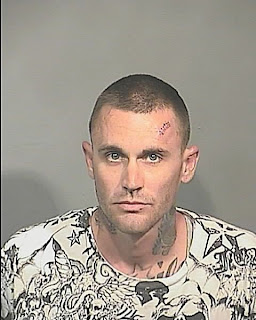 TITUSVILLE, Florida – A Titusville Police Officer was seriously injured last night after he was
struck by a vehicle as he attempted to render aid at a traffic crash.


At 11 p.m. on Friday, off-duty Titusville Police Officer Greg Shaw witnessed a vehicle crash into a light pole on U.S. Highway 1 at Harrison Street in Titusville, Florida.  The crash knocked out power to the streetlights and traffic signal at the intersection.  Officer Shaw immediately responded to the light pole crash site to render aid.


Officer Shaw was struck by a 2007 Chevrolet pick-up truck traveling southbound on U.S. Highway 1. Police say that the driver, 67-year-old Timothy E. Ring of Port St. John, indicated that he did not see Shaw.  Although the second crash is still under investigation, police say that Ring is not expected to be cited due to the darkened roadway.


Officer Shaw was transported to Parrish Medical Center and then transferred to Holmes Regional Medical Center in Melbourne, Florida where he is listed in stable condition.  Officer Shaw is a twelve-year veteran with the Titusville Police Department.


The driver of the original crash into the light pole, 26-year-old Travis Wayne Potts of Mims, Florida, was arrested at the scene and booked into Brevard County Jail in Sharpes, Florida, and charged with reckless driving with property damage.


According to police, several witnesses said that Potts was driving at high speeds and in circles in the parking lot of Miracle City Mall in Titsuville just prior to the crash.  Witnesses told police that they saw Potts pull onto U.S. Highway 1 while spinning tires, lose control, and then hit a light pole on the northbound side of  U.S. Highway 1.

The investigation in the original crash is ongoing.   Anyone with information is urged to contact Titusville Police at 321-264-7800.