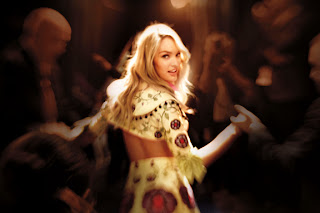 The special will also include pink carpet interviews, model profiles and a behind-the-scenes look at the making of the world’s most celebrated fashion show. Victoria Secrets said in a statement that the runway looks will include over-the-top lingerie embellished with SWAROVSKI ELEMENTS, as well as iconic Angel wings.  Last year’s show garnered the best ratings ever in adults 18-49 and women 18-34 and averaged 11.5 million viewers.

From Rihanna’s Caribbean roots to the top of the charts, the runways of Paris and Milan and
some of the biggest stages in the world, the 24-year-old, Barbados-born beauty has already
won six Grammy® Awards, five American Music Awards and 18 Billboard Music Awards, among many others. Since her breakthrough multi-platinum album “A Girl Like Me,” which included her global smash “Umbrella,” in just a few short years, Rihanna helped redefine the path of popular music for a new generation. Rihanna’s latest album, “Talk That Talk,” had worldwide sales of more than 5.5 million units and brought Rihanna’s worldwide album sales to more than 37 million. Rihanna has logged 146 million digital tracks sold worldwide, establishing her as the top selling digital artist of all time. In addition, she has broken a record at Top 40 with the most #1’s in the chart’s 18 year history. Her new single “Diamonds” off of her next album reached number one in 26 countries within five days. Rihanna kicks off her “Diamonds” World tour in March 2013.

In 2009, Bieber became the first solo artist in history to send four songs from a debut album into the Billboard Hot 100’s Top 40 prior to the album’s release. Three years later, his latest album, “Believe,” also has four songs in the Top 40 on the Billboard Hot 100. “Believe’s” premiere single, “Boyfriend,” hit #1 at iTunes immediately after it was released. The “Boyfriend” video has shattered all YouTube records since its MTV premiere. The clip generated eight million views in its first 24 hours and has built up to over 86 million views. With worldwide album sales in excess of 15 million units, Bieber has dominated pop culture and social media for more than two years. He has over 46 million Facebook fans, more than 28 million Twitter followers, and over three billion YouTube views. Bieber has received numerous awards, including Artist of the Year at the 2010 American Music Awards, and was nominated for Best New Artist and Best Pop Vocal Album at the 2011 Grammy® Awards.

Mars is a singer, songwriter, producer and musician whose solo single, “Just the Way You Are,” hit # 1 in multiple countries across the world and won the artist a Grammy® Award for “Best Male Pop Vocal Performance” in 2011. Bruno’s debut album, “Doo-Wops & Hooligans,” has been certified 39 times Platinum worldwide and has claimed two additional hit singles, “Grenade” and “The Lazy Song.” Mars is a 13-time Grammy® Award nominee who has now sold over 45 million singles worldwide and has over one billion views on YouTube. His second album “Unorthodox Jukebox,” featuring the new single “Locked Out Of Heaven,” will be in stores December 11th.