Boat Crashes With 4-Year-Old Onboard In Indian Harbour Beach 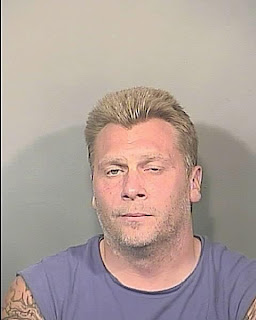 INDIAN HARBOUR BEACH, Florida -- At approximately 5:52 pm on Monday, December 3, 2012, Indian Harbour Beach Police officers responded to a residence along the Grand Canal where a boater had been allegedly operating recklessly and struck a dock along the west side of the waterway.

The boat operator, 37-year-old John Burns of Satellite Beach, Florida, was thrown from the boat from the impact.  The boat then turned easterly - crossing the canal, crashing through mango trees, and running itself into the backyard of the residence on the east side of the canal.  The boat stopped just short of the screened-in pool structure.  Police say that Burns' 4-year-old daughter, who was in the boat and wearing a life vest, was not injured.

Burns swam out of the canal and then made contact with police.  At that time, police say that they could smell an odor of an alcoholic beverage and determined that Burns was intoxicated.  Burns was subsequently placed under arrest for BUI (Boating under the Influence), BUI w/property damage, child abuse, out-of-state fugitive, and probation violation.  Burns was transported to the Brevard County Jail in Sharpes, Florida.