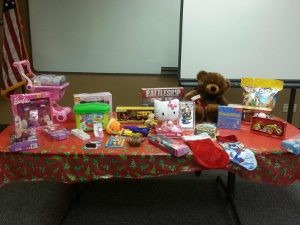 TITUSVILLE, Florida --  The Titusville Fraternal Order of Police Local Lodge 170 would like to publicly thank the members of the Cocoa Police Department for their generosity this holiday season.


The members of the Cocoa Police Department heard of the hardships facing our members this holiday season and they decided they wanted to help our employees.


The members of the Cocoa Police Department collected toys and delivered them to our Department on the perfect day at the perfect time; which was just a few minutes prior to our annual Holiday Luncheon. 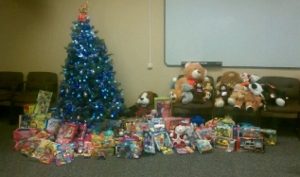 The toys were placed around our Christmas Tree and our employees were told not to be shy and to take what they needed to make their children’s Christmas wishes come true. Officers when told of Cocoa Police Department’s generosity were in awe and overwhelmed.


Chief John Lau began the luncheon as the Chief normally does during this time of year and when he spoke of Cocoa’s generosity he had to pause because he became choked up with this unexpected gift. Chief Lau said it pains him to walk through the halls of our agency this holiday season to see the hurt and pain his members show in their eyes as they struggle to meet their family needs and still provide for a joyous occasion.