Flu Cases Increase In Florida and Across U.S.

According to the U.S. Centers for Disease Control, influenza activity is increasing nationwide and is most elevated in the southern region of the country for the week ending December 29, 2012 (week 52).  Influenza A H3N2 was the most commonly detected influenza subtype nationwide.

Seven percent of all deaths reported through the 122 Cities Mortality Reporting System were due to pneumonia and influenza in week 52.  This percentage was just .1% shy of what the CDC considers the epidemic threshold of 7.1% for that time of year. 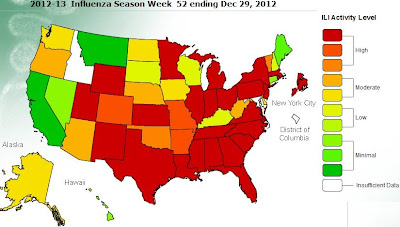 Because of the statewide reports of increasing influenza and influenza-like illness activity, the Florida Department of Health is reporting widespread influenza activity to the CDC for week 52.  The classification of a widespread activity level refers to the geographic spread of influenza, not its severity or intensity. 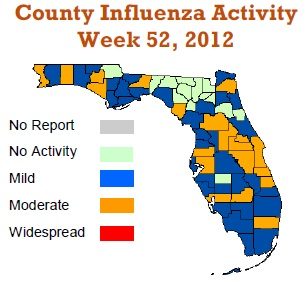