NJ Teacher Accused Of Sex With Student Arrested In FL 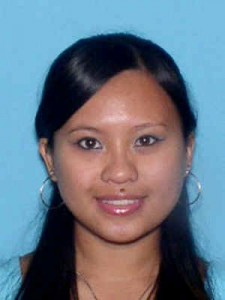 FORT LAUDERDALE, Florida -- The U.S. Marshals Florida Regional Fugitive Task Force in Ft. Lauderdale, Florida arrested a teacher on January 24 who is wanted in New Jersey on charges of sexual assault on a student at the school where she was a teacher.

28-year old Jennalin Garcia-Calle was taken into custody last week by U.S. Marshals and task force officers from the Ft. Lauderdale and Davie Police Departments.  The fugitive teacher was arrested at the Recovery Institute of South Florida located at 5540 David Rd., in Davie, Florida.

The Plainfield Police Department, which is located approximately 20 miles south of Newark, New Jersey, issued an arrest warrant for Garcia-Calle on January 22, 2013 charging her with Sexual Assault in the 2nd Degree and Child Abuse in the 4th Degree.

The arrest warrant alleges that Garcia-Calle engaged in sex acts with a 16-year old male student while having Supervisory or Disciplinary power over the student.

Last Thursday, investigators and the US Marshals Fugitive Task Force in New Jersey received information that Garcia-Calle fled the Newark, New Jersey area and headed to South Florida to get “Help”.

Investigators in New Jersey immediately contacted the U.S. Marshals Fugitive Task Force in Ft. Lauderdale to locate Garcia-Calle. Deputy Marshals and task force officers quickly responded to the Recovery Institute in Davie, Florida and located Garcia-Calle. S he was placed under arrest and taken into custody without incident.

Garcia-Calle was booked into the Broward County jail on the outstanding charges from New Jersey.

She is being held in the Broward County Jail in Florida on $200,000 and she is expected to extradited to New Jersey in the coming days.