When officers arrived, they discovered that the front door of the business was shattered.  Because of the type of business targeted in the burglary, Sgt. Boyd Williams immediately sent officers to other cell phone stores in the area - including a Sprint store located in the Hammock Landings mall at 225 Palm Bay Road in West Melbourne, Florida. 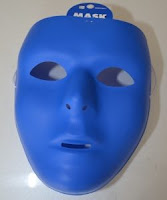 When the officers made contact with three individuals in the vehicle, police say that the officers noticed in plain view a blue mask, gloves and an axe.  West Melbourne police officers then arrested the three individuals for loitering and prowling.  The vehicle was later seized and Palm Bay detectives obtained a search warrant to search the Altima.

After the search warrant was executed, Palm Bay detectives located 44 cell phones in the trunk along with evidence allegedly used to commit the burglary at the Verizon store.  The surveillance video reveals burglary suspects with what appears to be the same burglary tools and mask that were recovered from the vehicle. 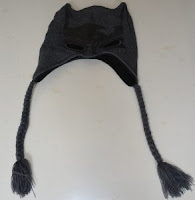 The cell phones, valued at more than $20,000, were later confirmed to have been the ones stolen from the Palm Bay Verizon store.  The three suspects were subsequently charged in connection with the Palm Bay burglary.

“It looks like these individuals drove in from Orlando looking for cell phone businesses along the I-95 corridor,” said Detective Danielle Featherston.  “It appears they were after high-dollar cell phones to turn around and sell on Craigslist and other internet venues.   We are working with other jurisdictions in the area to determine if this same group may be responsible for other crimes.”