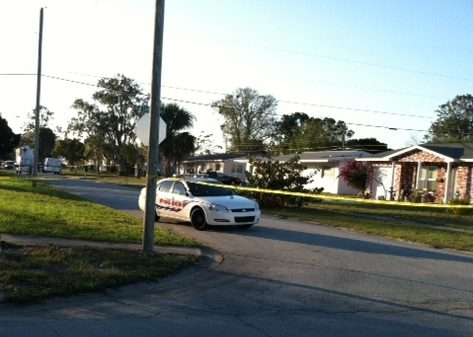 TITUSVILLE, Florida -- Titusville police have made a second arrest in connection with a recent homicide case.  Detectives arrested 19-year-old William Leonard Weber shortly after 6 p.m. on Monday and have charged him with Dealing in Stolen Property, False Verification of Ownership to a Pawn Broker, and Violation of Probation.  Police say that these charges are supported by sworn statements by witnesses and alleged admissions made by Weber during an interview.  Weber was moved to the Brevard County Jail in Sharpes on a "No Bond" status.


During their investigation, detectives discovered that Weber allegedly pawned items belonging to the probable murder victim in this case, Michelle Renee Chappell, at the Value Pawn located at 515 Cheney Highway in Titusville on Sunday at approximately 4:31 p.m.  Some of the pawned items included Chappell’s jewelry.

Titusville police began their homicide investigation on Sunday after they discovered a body inside a home when they responded to a call for service at 230 Avilez Boulevard in Titusville, Florida on January 13.


During their initial investigation, Titusville detectives determined that a gold Nissan was missing from the residence.  After police canvassed the neighborhood, they learned that a person of interest was observed leaving the area in the Nissan earlier on Sunday.


Titusville police then issued a BOLO (Be on the Lookout) for the Nissan to law enforcement agencies. Subsequently, the Camden County Sheriff’s Department spotted the vehicle in Georgia at approximately 9:20 p.m. Sunday night traveling northbound on I-95.


When Georgia deputies attempted to conduct a traffic stop, the vehicle fled from authorities and crashed. One of the two occupants, who was a person of interest in the Titusville homicide case, was killed in that crash.


Titusville police say that they continue to follow up on leads in this case to include interviewing the lone survivor of the traffic crash; a 15-year-old girl who was entered into the NCIC/FCIC databases as a “runaway” from Country Acres prior to this homicide.  According to Georgia State Police, the girl is facing pending charges of Vehicular Homicide, Fleeing & Eluding and Grand Theft of a Motor Vehicle.


The body of the victim was removed from the home and an autopsy will be conducted by the Brevard County Medical Examiner’s Office to try and determine the cause of death.  Police are awaiting positive identification from the Medical Examiner's Office before officially declaring Chappell the murder victim.  Detectives have spoken to the parents of one of the residents who was living at the home - but could not confirm the victim’s identity.