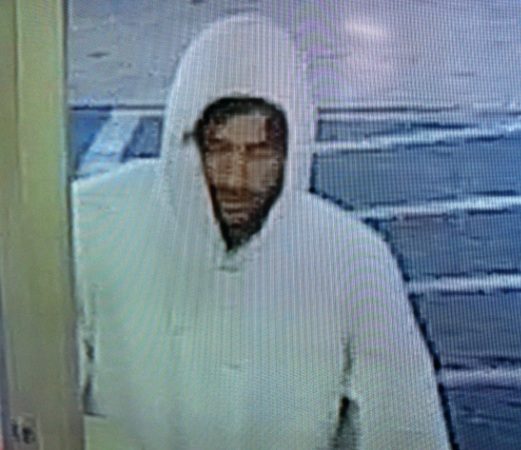 COCOA, Florida -- On February 2, 2012, at approximately 7:16am, deputies from the Brevard County Sheriff’s Office responded to an armed robbery at the Shell Gas Station located at 3820 Fay Boulevard in Cocoa, Florida.

The store clerk advised deputies that a white male walked into the store and proceeded directly into the restroom.  In less than a minute, the suspect walked out of the restroom and toward the cash register and clerk. The white male was now wearing a black mask over his face, displayed a handgun, and pointed it at the victim. The suspect demanded money from the cash register, and then fled from the scene on a bicycle.  The store clerk was not hurt during this incident.


Brevard County Sheriff’s Deputies searched the area with K-9 and aviation units and located
items of evidence, to include the firearm believed to have been used in this robbery.


The suspect is described to be a white male, between 25 and 35 years of age, approximately six feet tall, wearing a white hoodie, jeans, and white tennis shoes.  The suspect appeared to have some facial hair, along with mid-length, light brown, curly hair.


Above is a photograph of the suspect which was taken by the Shell Gas Station surveillance system.