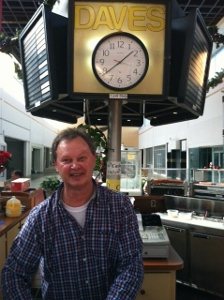 TITUSVILLE, Florida -- Dave Curfman, owner of Dave's Hot Dog Stand in the middle of Miracle City Mall in Titusville, Florida has announced that he will be closing at 6 p.m. on Saturday, February 2, 2013.

Dave is hoping that in the waning hours of February 2nd, crowds of his supporters will come down to the Mall and show support for him and his family who have worked 7 days a week for over 40 years to serve the people of Titusville and North Brevard.

In 2011, Titusville residents came together in the form of a flash mob to support Dave’s Hot Dog’s, one of the then two remaining tenants in Miracle City Mall.  At that event, Robin Fisher, District 1 Commissioner and Chairman of the Board of County Commissioners, said, “Dave’s is a Titusville icon. It’s really heartwarming to see our town rally around local businesses.  I personally hope to see more of these types of grassroots efforts invested in our town.  We’re really excited about the progress the Greater Titusville Renaissance citizen group is making on the redevelopment of Miracle City Mall and look forward to what that means for new business and the continued support of existing businesses, like Dave’s.” 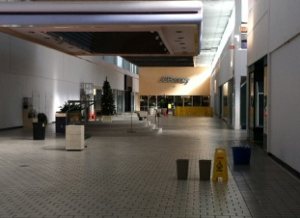 JC Penney will also be closing that day and basically the mall will be closed.