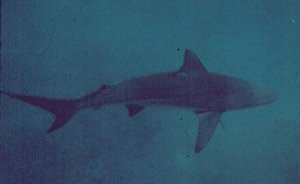 COCOA BEACH, Florida --  The International Shark Attack File (ISAF) released its 2012 Worldwide Shark Attack Summary today after investigating 118 alleged incidents of shark-human interaction occurring worldwide in 2012.  Eighty of those incidents were classified by ISAF as unprovoked shark attacks - up slightly from 78 in 2011.


Florida had the most, and nearly half (26) of all unprovoked shark attacks in the United States.  Hawaii had the second highest (10) number of shark attacks, followed by California (5) ad South Carolina (5) tied in third place.

Within Florida, Brevard County had the highest number of shark attacks at 8.  Brevard's northern neighbor, Volusia County, came in second with 7.  ISAF says geographically adjacent counties located on the central east coast have collectively recorded more than half (54%: 360 of 663 cases) of Florida's historic shark-human interactions.

Researchers say that this high number of shark attacks around Florida's Space Coast is attributable to very high aquatic recreational utilization of their attractive beaches and waters by both Florida residents and tourists, especially surfers, and the rich nature of Florida's marine fauna.


According to NOAA, the number one species for biting along the beaches on the U.S. East Coast is the blacktip shark (Carcharhinus limbatus) in the top picture.  The shark has black tips on its pectoral fins and grows to no more than about six feet.

Seven fatalities resulted from unprovoked attacks in 2012, down from the 2011 total of 13 but above the 2001-2010 yearly average of 4.4. Fatalities were recorded in South Africa (3), Australia (2), California (1) and Reunion (1). The annual fatality rate of 8.8% was less than the 1990's average of 12.5%, but slightly higher than the 7.4% average of the first decade of this century. The trend in fatality rate has been one of constant reduction over the past 11 decades, reflective of advances in beach safety practices and medical treatment, and increased public awareness of avoiding potentially dangerous situations.


The fatality rate in the U.S. was notably lower (1.9%) than that of rest of the world (22.2%), which researchers believe is likely reflective of the greater safety and medical capacity in areas of the U.S. where shark attacks historically occur. This highlights the need for increasing efforts to improve beach safety said ISAF, including educating the public about the risk of sharks, providing well-trained lifeguards, and advancing emergency care and medical capabilities in many areas of the world.


Surfers and others participating in board sports (60% of cases: 48 incidents) were most often involved in these incidents in 2012. Less affected recreational user groups included swimmers/waders (22%) and divers (8%). Surfers have been the most-affected user group in recent years. Researchers say that this is the probable result of the large amount of time spent by these folks engaged in provocative activity (kicking of feet, splashing of hands, and "wipeouts") in areas frequented by sharks, the surf zone.