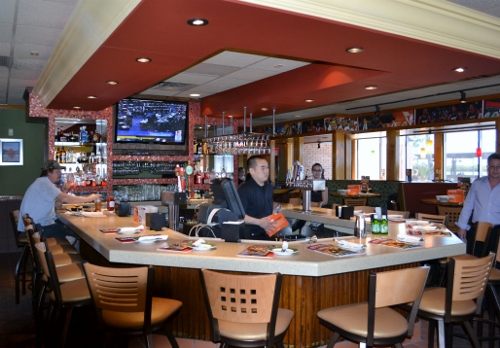 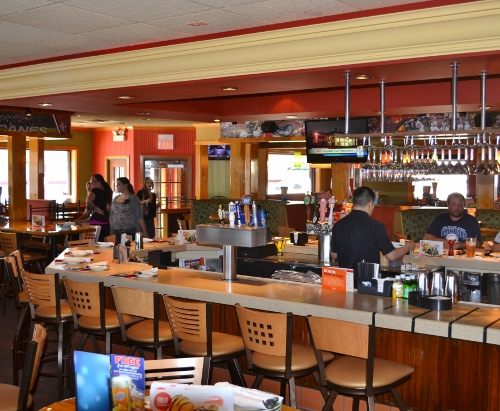 Gone are the overhead Tiffany lamps at each table which had been a signature fixture for over a decade.  In their place are more slender, modern looking lamps that open up the overhead area throughout the restaurant with new booths and chairs. 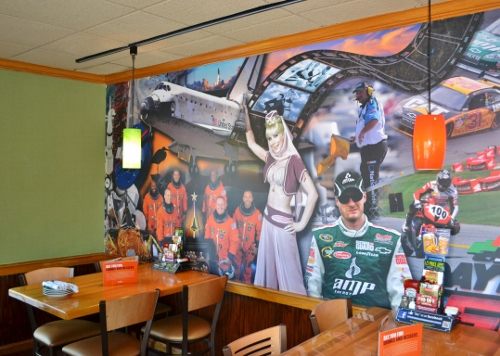 The Tiffany lamps, along with other decor in the restaurant, were auctioned off and the proceeds donated to Edgewood Junior/Senior High.  The new decor features an eclectic collage of local scenes that reflect the Merritt Island and Cocoa Beach area.  Some of the images even came directly from news stories on Brevard Times. 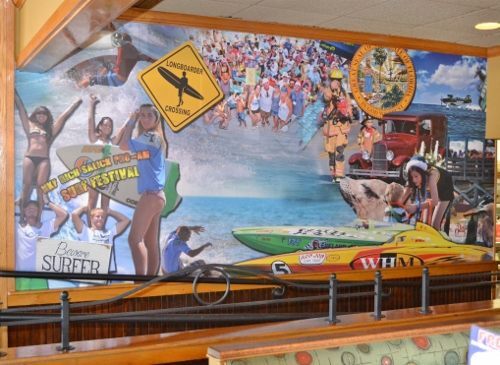 "My favorite is what we have done with the Tiki Bar," said General Manager Steve Schleifer.  A roof covering was added to the Tiki Bar deck which now has upgraded wiring for local bands to play live music while guests enjoy the waterfront scenery.  The deck can be heated during colder nights. 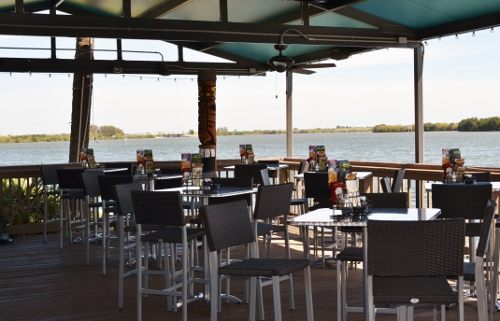 A lone, live palm tree in the middle of the deck had to be cut to make room for the roof.  Instead of completely removing the tree, it was carved into a Tiki.  Schleifer added that new trees will be planted on property to make up for the one that was cut. 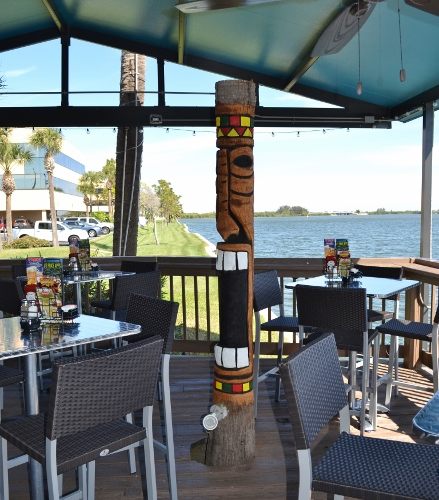 The transformation to the Merritt Island Applebee's is part of a larger, nationwide re-branding by the company of its restaurants.

“As America’s great American neighborhood grill and bar for more than 30 years and a fixture in communities across the country, Applebee’s is committed to building on our strengths and recognizing that we can always get better,” said Applebee’s President Mike Archer last month when the company was named the No. 2 Most Innovative Company in Food by Fast Company. Beverly, Massachusetts-based Gate 3 Design is the company which created the community art collages.  It had also worked with the Melbourne Applebee's decor located on Eau Gallie Boulevard. More renovations are slated to take place at other Central Florida Applebee's locations in the near future. 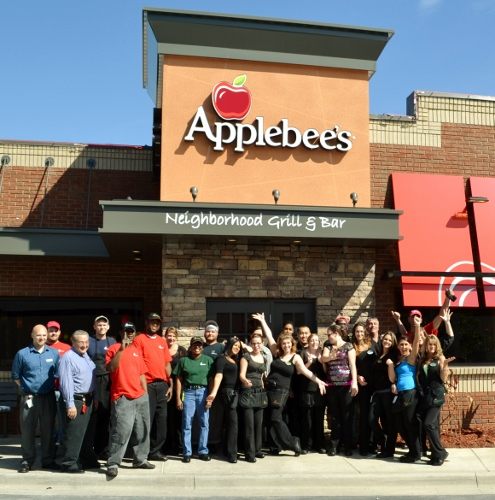 Schleifer credited the team of remodeling contractors and the restaurant's staff for working sleeplessly through the night to make the transformation happen.  In addition to last night, the contractors and staff worked two nights prior with other remodeling.  New carpeting was laid throughout the restaurant in a single night on Sunday.