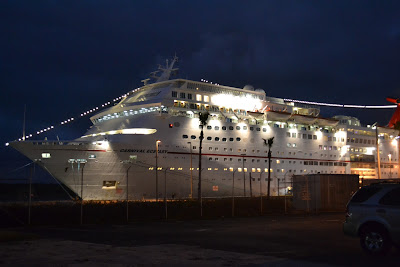 
Carnival said that all hotel services and propulsion were quickly restored and the ship went on its way back to its homeport of Port Canaveral, Fla., where it arrived this morning.


Carnival Ecstasy was on the last leg of a five-day cruise that departed Port Canaveral on Saturday, April 13, 2013.   The ship's next voyage, a four-day cruise to the Bahamas, is expected to depart tomorrow afternoon  from Port Canaveral as scheduled.

Prior to the outage, Carnival Cruise Lines just announced yesterday that it will be investing in enhancing the emergency power capabilities of its ships, along with new fire safety technology, and building in extra redundancies across its entire cruise ship fleet.

Below is a You Tube Video where Carnival Cruise Lines announced the improvements.