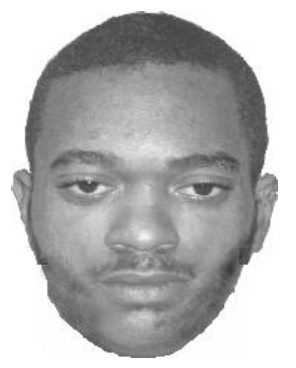 MELBOURNE, Florida -- The Brevard County Sheriff’s Office West Precinct General Crimes Unit is attempting to identify a suspect involved in an armed burglary that occurred in the Crystal Lake subdivision off of Interlachen Road in Melbourne.

On Thursday, April 11, 2013, deputies say that the suspect depicted above in the composite sketch gained entry into the residence by throwing a brick through the rear sliding glass door.  While in the home, the suspect was interrupted by the returning homeowner.  When confronted by the resident, the suspect pointed a firearm at her, and subsequently ran from the area on foot.  The suspect was last seen by witnesses running northbound on Interlachen Road. The female resident sustained no injuries during the incident.

The suspect was described as a black male with short black hair, wearing all black clothing, carrying an orange backpack.  Deputies say that a subject matching that description was seen on foot in two other subdivisions in the area on the same day.

Since March 20, 2013, there have been approximately eight daytime burglaries in the Suntree / Viera area between the hours of 10:00 a.m. and 2:00 p.m., where entry is primarily gained by breaking the rear sliding glass door.

Anyone with information concerning the identification of this suspect is asked to call the Brevard County Sheriff’s Office West General Crimes Unit at 321-617-7306 or CRIMELINE at 1-800-TIPS (8477).