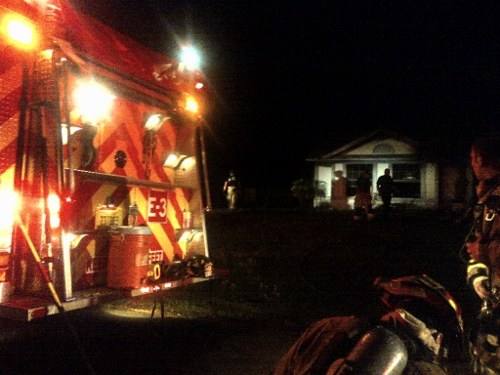 PALM BAY, Florida -- Just after 8:30 p.m. on Sunday, Palm Bay Fire-Rescue crews responded to the 1000 block of Sloan Street NW after reports of a structure fire resulting from a possible explosion.

When firefighters arrived, a portion of the rear side of the single family home was fully involved.  Firefighters were able to quickly stop the fire from spreading however the damage was extensive throughout the home.

City of Palm Bay spokesperson Yvonne Martinez said that, according to witnesses, there was an explosion heard in the garage just prior to the fire.  No one was home at the time of the fire.  The Florida State Fire Marshal will conduct an investigation into the cause of the fire.