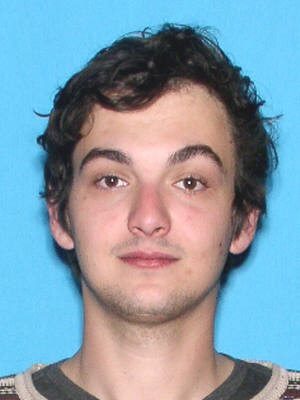 MELBOURNE, Florida -- Around 11:30 p.m. Tuesday night, Melbourne Police pulled over a car in the area of Cherry Street and U.S. 1.

Upon making contact with the driver, police say that 22-year-old Philip Andrew Rodier appeared to be intoxicated.  Rodier allegedly became aggressive and refused to abide the officer’s commands and then attempted to flee the scene in his car.

When the officers tried to stop Rodier, they say he became increasingly more violent and a struggle ensued where he struck the officers several times.  He also allegedly began to strike a female passenger that was with him and refused to let her out of the car.  During the struggle, Rodier was able to again control of his car and allegedly attempted to strike officers with the car in an attempt to flee the scene.  Police then pursued the car

While the car was traveling westbound on Melbourne Avenue, it suddenly veered off to the left, struck a fence, and continued through a yard until it finally came to rest by striking a residence located at 611 Melbourne Avenue.  Rodier got out of the car and fled on foot. Police say that his female passenger sustained injuries in the crash and is currently being treated at Holmes Regional Medical Center where she is listed in stable condition.  The residents inside the home were not injured from the crash.


Around 2:45 a.m. Wednesday morning, police located Rodier in the area of Hallwood Place. Police say he fled upon sight of the police and was pursued on foot to the area of the Henegar Center located at 625 E. New Haven Avene where he was taken into custody.

Rodier was charged with:

The Melbourne Police Department is currently investigating this incident and more
information may be available at a later time.