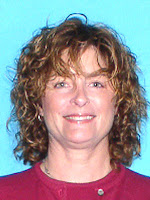 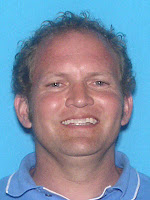 The investigation began around 7:00 P.M. Wednesday night when a family member contacted the Brevard County Sheriff’s Office to conduct a well-being check on Ms. Michelle Muenzenmeyer. Deputies then attempted to make contact at the residence where Ms. Muenzenmeyer was a part-time resident.

Ultimately, the deputies forced their way into the residence where they discovered the bodies of a man and woman.  Both victims were pronounced deceased at the scene. The deceased were later identified as 43- year-old Brian Trump and 45-year-old Michelle Muenzenmeyer.

According to Sheriff's investigators, Mr. Trump and Ms. Muenzenmeyer were involved in a dating relationship, the exact nature of the relationship is still being investigated.

Sheriff’s Office records reveal that deputies previously responded to the residence on February 4, 2013, for a verbal dispute between Trump and Muenzenmeyer.  However, no arrests were made at that time.

Investigators say that an autopsy was completed today with preliminarily results indicating that Muenzenmeyer died due to injuries resulting from a physical altercation with Trump. Trump died from an apparent self-inflicted gunshot wound.

Invesistigator are still looking into the motive or the circumstances that directly led to the altercation between Trump and Muenzenmeyer.

Anyone with information is asked to call the Brevard County Sheriff’s Office Major Crimes Unit at 321-633-8413.
Labels: Satellite Beach