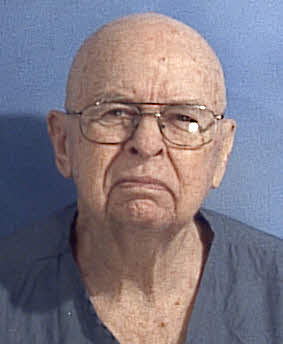 COCOA, Florida -- On Tuesday, a Brevard County Grand Jury indicted 87-year-old Benjamin Reapp, on charges of First Degree Premeditated Murder in the death of his wife.

The charges stem from a Brevard County Sheriff’s Office cold case homicide investigation in the 1988 death of 52-year-old Wanda Reapp of Melbourne, Florida.

On the evening of Friday, August 26, 1988, Reapp reported that he and his wife were the victims of a kidnapping.  It was reported that the kidnapping occurred at the Mr. Donut located on US-1 in Cocoa, Florida.

According to Reapp, the couple was allegedly forced to drive to a desolate area of Canaveral Groves where the kidnapper restrained Reapp and brutally murdered Wanda, disposing of her body in a canal.  After the murder, the alleged kidnapper drove away from the area, leaving Reapp who was able to walk to a residence, where the Sheriff’s Office was contacted.

Throughout the investigation, Agents say that the evidence continued to point to the involvement of the decedent’s husband.  The investigators then began coordinating efforts and reviewing evidentiary findings with prosecutors from the State Attorney’s Office in Brevard County.

Reapp is currently serving a three-year sentence at the Central Florida Reception Center of the Florida Department of Corrections for a lewd and lascivious conviction on a child under the age of 12.

This investigation is the seventh Cold Case Homicide successfully solved by the Brevard County Sheriff’s Office Homicide Unit during the past four years.

"It is a very good feeling when we can meet with the family and tell them that the individual responsible for their loss is being brought to justice," Sheriff Wayne Ivey said.  "The law enforcement personnel and our State Attorney’s Office involved in the investigation are absolutely determined to solve every case.  Our citizens would be amazed to watch them work; they are a very dedicated group of people."

It is unknown at this time when Reapp will be transported form the Department of Corrections to Brevard County for his initial appearance on the murder charges.

All calls to CRIMELINE are confidential, and callers can remain anonymous and be eligible for a reward for information leading to an arrest.
Labels: Canaveral Groves Cocoa crime Melbourne