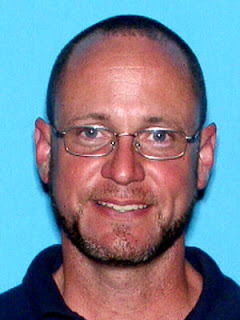 MELBOURNE, Florida -- Earlier on Sunday, the Brevard County Sheriff’s Office responded to a residence in the 4000 block of Aurora Road in Melbourne, Florida for a reported disturbance.


Upon arrival, Deputies found a mother and her child at the residence with serious injuries.  Deputies say that the victims had been beaten with a blunt object by 37-year-old Kevin R. Fitser, the former boyfriend of the mother.

Fitser had allegedly fled the scene prior to the arrival of the Deputies.  The victims were transported in serious condition to a trauma center for medical attention.  The child victim was treated and later released.


The Brevard County Sheriff’s Office is asking for assistance in locating the suspect, Kevin Fitser who is believed to be driving a black 1999 Plymouth Breeze, Florida tag APH-E74.

All calls to CRIMELINE are confidential, callers can remain anonymous and are eligible for a reward up to $1,000 for information leading to an arrest.