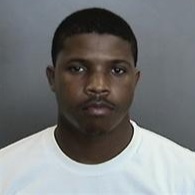 ANAHEIM, California -- Late last Tuesday, Anaheim Police detectives identified and arrested a Disneyland outdoor vending cast member, Christian Barnes, 22, of Long Beach, California, in connection with an explosion in a trash can at Mickey's Toontown in Disneyland earlier that day.

Disneyland officials described the explosion as "a small bang" which caused the evacuation of park guests from the area "in the abundance of caution."  When police arrived on scene, they were directed to a trash can and found remnants of a water bottle, which police say is indicative of a dry ice explosion.

Disney guests were ushered out of Toontown while the Orange County Sheriff’s Bomb Squad was called to assist with the investigation.  The rest of the Disneyland resort remained in full operation.

At 7:30 p.m. that same day, Toontown was deemed "all clear" by local authorities and guests were allowed to return to Toontown.

No injuries or damage was reported as a result of the explosion.

Barnes was booked at the Anaheim Police Department on suspicion of possessing a destructive device and he is being held on one million dollars bail.  Police say that he is cooperating with investigators and has indicated this is an isolated incident with unanticipated impacts.