Florida woman fundraises for The King's Whore play in NYC 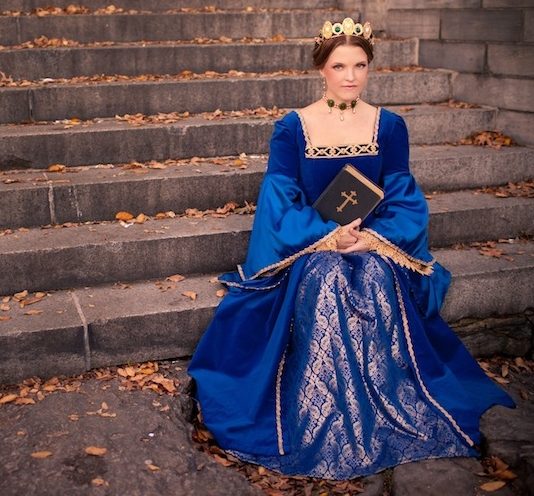 O'Phalen says that The King’s Whore takes a different and more feminist look at Anne than is usually seen, assigning her motives as political, ambitious, and religious, rather than the traditional manipulative and seductive take.

The playwright, Rob Santana, had a successful run of his play Bomber Jackets Off-Broadway; the Director, Jen Wineman, just recently directed the still-running Off-Broadway hit [email protected]*king Up Everything; and the Dramaturg, Lynde Rosario, is Harvard Grad-trained in keeping the play period authentic.

The King’s Whore will run at Walkerspace in Downtown New York from July 27 through August 11, 2013 and will feature a cast of 10 actors and a creative team of nearly 10 Off-Broadway designers and technical staff.   Bringing more awareness to Anne’s story is one of the key goals.

“There wasn’t enough of this kind of historical theatre that I love getting done here in the States,” says O’Phalen. “So I decided to do it myself. I found a great playwright for the job, and have assembled a fantastic team to bring this story to life; now all we’re missing is the last of the funding.”

The production already has nearly $15,000 from private backers and grants, but producing theatre in New York City and paying all of the artists is extraordinarily expensive.  This Indiegogo campaign to raise the last $10,000 ends June 1, and will complete the funding for the show.

Kate was a longtime Florida resident before she set off for New York to train and work as an actor there.   She is a graduate of both Merritt Island High School and Brevard Community College, and her work in local community theatres was frequently featured and reviewed by Florida Today.

She comes fresh off starring as “Mary Warren” in The Crucible at Bay Street Theatre in The Hamptons, and as “Bec” in GableStage’s production of 4,000 Miles that played this winter in Miami to great reviews. In addition to being a working actor, Kate also founded and runs GreenRoomBlog.com, a site where members of the entertainment industry write about and share their experiences working in the ‘biz.