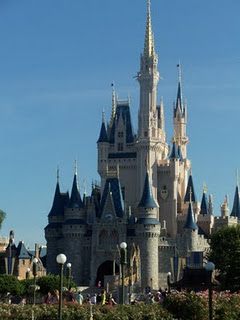 LAKE BUENA VISTA, Florida and ANAHEIM, California -- Visiting the happiest place on Earth just got a little more expensive.  Disney Parks announced that, beginning Sunday, June 2, 2013, prices for an adult one-day, one-park ticket at both the Walt Disney World Resort in Florida and Disneyland Resort in California have been raised to $90 and $92, respectively.  Magic Kingdom tickets are more expensive than any of the other U.S. Disney Parks at $95.  A ticket for children ages 3 to 9 will cost $6 less than adults at both resorts.

Parking prices have also been raised to $15 in Florida and $16 in California.

Florida resident ticket prices have also increased, but are still much lower than the single ticket rate.  A Walt Disney World Florida resident 3-day, 3-park pass is $179 for adults and $167 for children ages 3-9.  A 4-day, 4-park pass costs $20 extra.

When the Magic Kingdom opened in 1971, general admission was $3.50 - but tickets were also charged separately for rides.