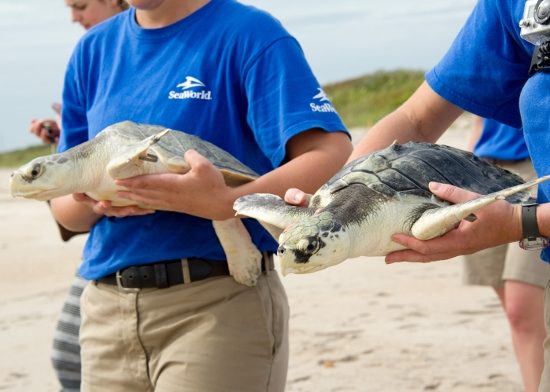 ORLANDO, Florida – Two Kemps Ridley and one loggerhead sea turtles were returned to Canaveral National Seashore east of Titusville, Fla. this morning after rehabilitating at SeaWorld Orlando for several months.


The Kemps Ridley turtles were brought to SeaWorld Orlando on December 23, 2012 by U.S. Coast Guard Airplane, after being rescued just off the coast of Cape Cod, Mass., due to symptoms they suffered from cold stress. 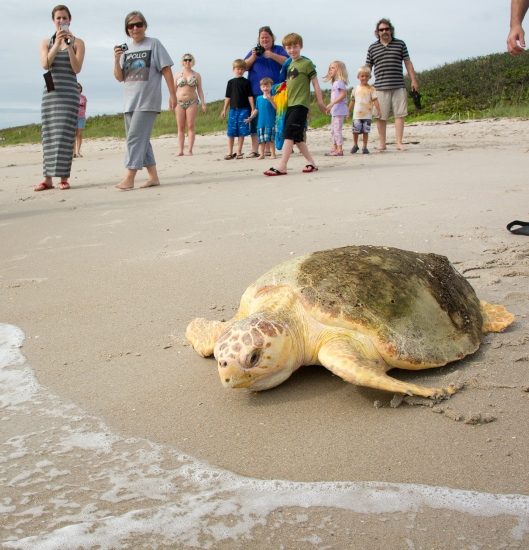 The loggerhead sea turtle was rescued on February 22, 2013 after being found floating in the Port Canaveral Channel emaciated and showing signs of damage to its flippers and neck.  Each turtle’s health was evaluated upon arrival at the park by SeaWorld animal experts.


After being medically cleared for today’s return, the park’s Animal Rescue Team transported the turtles to Canaveral National Seashore.

So far this year, SeaWorld Orlando has rescued 39 turtles and returned 31.