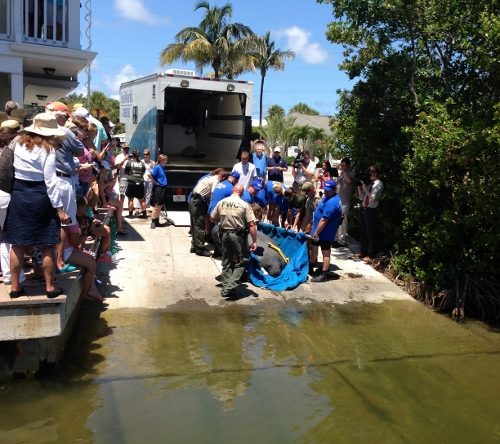 
Gibb was originally rescued by animal experts at Tampa's Lowry Park Zoo last October during one of the worst red tide blooms scientists had seen in over a decade.  Gibb finished his rehabilitation at SeaWorld Orlando under the watchful eye of the park's veterinarians and rescue team.  He is one of seven manatees SeaWorld Orlando will be returning to the wild over the next month.


State and federal scientists are analyzing data to better understand the long-term impacts of the recent red tide bloom event on the Florida manatee population and the impacts of other events including extreme cold snaps from 2009-2011.


Florida manatees are listed as an endangered species under the Endangered Species Act of 1973.  However, decades of conservation efforts have led to Florida manatee population increases, which could mean that the manatee's classification could be downgraded from Endangered to Threatened in the near future.


SeaWorld animal experts have helped more than 22,000 animals in need - ill, injured, orphaned and abandoned - for more than four decades. So far this year, SeaWorld Orlando has rescued two manatees and returned one.