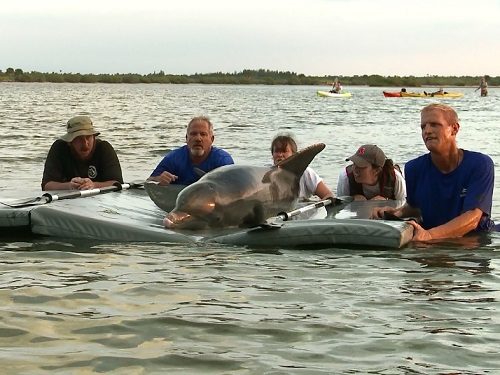 
SeaWorld officials said that the bottlenose dolphin appeared thin when it was rescued, weighing only 350 pounds and measures eight-feet-long.   It's not known at this time why the dolphin was stranded.

The dolphin's condition is considered very critical, but stable, at SeaWorld's marine mammal medical facility where he has started eating.

SeaWorld animal experts have helped more than 22,000 animals in need - ill, injured, orphaned and abandoned - for more than four decades. So far this year, SeaWorld Orlando has rescued two manatees and returned one.