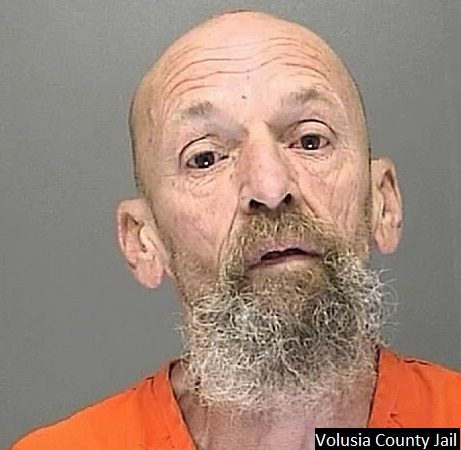 ORANGE CITY, Florida -- A 68-year-old man was injured Friday night while inside his home near Orange City by bullets shot through the house.  An acquaintance of the victim, a 63-year-old man who lives a couple of blocks away, has been charged in the shooting.

Volusia County Sheriff’s deputies were dispatched to a report of a shooting at a residence on Greenwood Avenue. The victim had been struck in the arm and neck by bullets that were fired through a window in the front of the house. At least one bullet also struck the exterior of the home.

When deputies began arriving at 10:02 p.m., the victim was bleeding heavily, but still walking and talking. While the victim told deputies that he didn’t see who fired the shots, he immediately suspected that Lawrence Craig, who lives a couple of blocks away, was the culprit. Deputies put Craig’s house under surveillance and took him into custody shortly before 1 a.m. on Saturday morning as he was allegedly crawling under a fence in a neighbor’s yard. A Sheriff’s K-9 unit later located the shotgun believed to be used in the shooting in a nearby yard, partially buried under dirt and leaves.

During an interview at Halifax Health Medical Center in Daytona Beach, Florida, where the victim was taken for treatment of his wounds, the victim told Sheriff’s investigators that he has known Craig for about two years and that he has recently noticed a change in him, including aggressive and paranoid behavior.

The victim also said that Craig recently had made threats to kill mutual friends, including a man who owns a machine shop near DeLand.  Deputies say that Craig apparently is upset with the man over a business transaction. The owner first reported the threats on Thursday, and the next day, his yard was damaged by someone who drove over it and the wooden sign in front of his business was hit by an apparent shotgun blast.

Earlier this week, the victim from Friday night’s shooting said that Craig had threatened him over the phone, saying that he “had a bullet in his gun for him.”  Craig’s son-in-law also told Sheriff’s investigators that Craig said he had a list of people he was planning to kill and that the victim from Friday night’s shooting was at the top of the list.

On Friday night, the victim heard what initially sounded to him like fireworks going off outside his house. While in his living room, the victim then heard another loud noise and immediately felt pain to his arm, shoulder and the side of his face.

The victim was treated at the hospital and released Saturday morning. Craig was booked into the Volusia County Branch Jail in Daytona Beach on charges of attempted 1st-degree murder, shooting into an occupied dwelling and use of a weapon while in the commission of a felony.
Labels: Volusia