PALM BAY, Florida -- Brevard County Sheriff Wayne Ivey announced that the newly-created Economic Crimes Unit, which was implemented this month, has made its first arrest on Friday in an identity theft case. 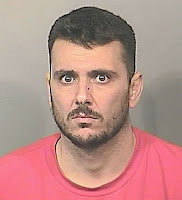 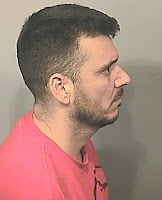 The unit, which will be formerly introduced on August 1st along with the countywide Economic Crimes Task Force, is a first of its kind partnership in Brevard County consisting of Federal, State and Local law enforcement officers. The units are designed to aggressively investigate, provide prevention awareness and victim advocacy are supported by Computer Forensics Investigators, Financial Crime Analysts and Victim Advocates.

The case was investigated by Agent Tammy Beuer where the victim’s personal information was compromised and used to obtain a credit cards and loans. The investigation determined that a credit card was shipped to a residence located in Palm Bay.  Upon receipt of the card, charges were immediately incurred from the Melbourne/Palm Bay area.

Ivey said in a release that the suspect in the case was positively identified as 41-year-old Shannon Michael Hanson of 1508 Cass Ave NW, Palm Bay.  An arrest and search warrant were then executed Friday morning at Mr. Hanson’s residence in Palm Bay.

During the search, investigators believe that over 60 personal identities appear to have been compromised and assumed for victimization.  Hanson was charged with Criminal Use of Personal Identification, Fraudulent Use of a Credit Card and Grand Theft, with a total bond of $150,000 with additional charges forthcoming.  Ivey said that Hanson has an extensive criminal history, with 14 felony convictions dating back to 1989, with the first charge being Forgery.


Investigators believe that Hanson, also known as DJ Shannon Michaels, had access to personal information through a job as a DJ and his previous employments with various telemarketing companies in Brevard County.

If you believe you have been a victim of identity theft or have information concerning this case, please call the Brevard County Sheriff's Office Economic Crimes Unit at 321-633-8414.