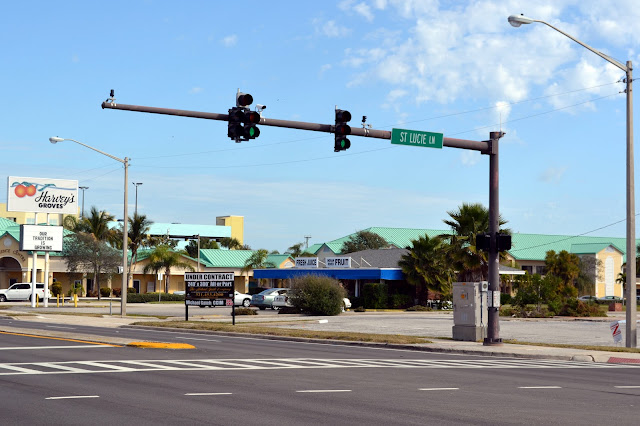 COCOA BEACH, Fla. -- The City of Cocoa Beach announced today that on Friday, June 29, the Florida 18th Judicial Circuit Court for Brevard County denied RaceTrac's appeal of a Board of Adjustment decision not to permit Race Trac a variance to build a gas station on the northeast corner of  the intersection of St. Lucie Lane and Atlantic Avenue (State Road A1A).


Last year, Race Trac requested that the City of Cocoa Beach permit a 16 pump gas station to be built in the tourist corridor of Cocoa Beach.  But many Cocoa Beach residents opposed the construction of the gas station which they contend is incompatible with the tourist zone, a hazard to pedestrians, odors, lighting, and vehicle traffic flow coming in and going out of the proposed gas station.


Before the Board of Adjustment decision, former Mayor Skip Beeler and then Vice-Mayor Dave Neddestrom spoke out against the gas station in their capacities as residents of Cocoa Beach.  Mayor Beeler pointed out that there is no turnout lane for the proposed Race Trac like other Race Tracs in the local area.


Additionally, Beeler stated that the Florida Department of Transportation has plans to build a bike path from the Wakulla Motel down to 1st Street South.  Once that bike path has been built, the Beeler contends that pedestrian traffic leading up to the proposed gas station will only increase.


The Board ruled that RaceTrac had failed to demonstrate how this project was compatible with the City’s land development regulations, the Comprehensive Plan, and would not adversely affect the public interest.


Pictured above, the property in question is comprised of three lots: Harvey Groves, the former Burger King lot, and an adjacent vacant lot to the east.


Representatives of Race Trac contended that the value they bring to the Cocoa Beach community is lower gas prices.  They compared the proposed Race Trac as similar in juxtaposition as the Sunoco gas station located on A1A next to the Holiday Inn Express in the tourist area near the Cocoa Beach Pier.


Race Trac gas stations often have some of the lowest gas prices in Brevard County.