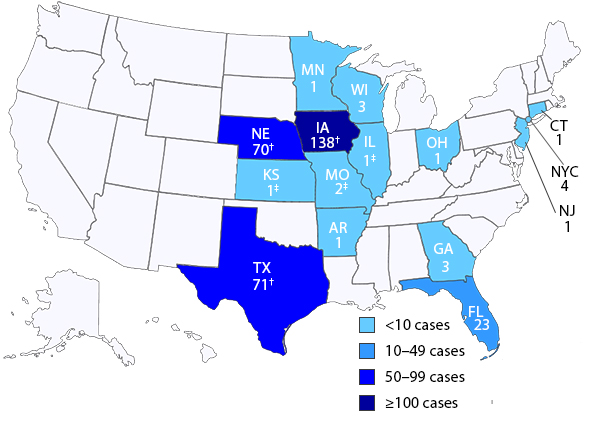 On June 28, 2013, the U.S. Center for Disease Control was notified of two laboratory-confirmed cases of Cyclospora infection in Iowa residents who had become ill in June and did not have a history of international travel during the 14 days before the onset of illness.


Since that date, the CDC has been collaborating with public health officials in multiple states and the U.S. Food and Drug Administration (FDA) to investigate an outbreak of cyclosporiasis.


Onset dates of Cyclospora cases in Florida range from the beginning of June to mid - July.  Currently, there are no links to common restaurants found among the 23 cases, as in other states.  Additionally, no common food items or events, like a social gathering, have been identified among those affected.

At this time, DOH officials say that there have been no patients hospitalized in Florida.