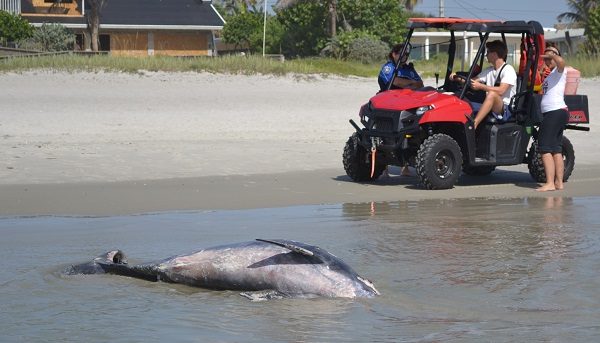 COCOA BEACH, Florida -- A dead dolphin washed ashore on between 6th and 7th Street South in Cocoa Beach, Florida earlier this morning.  Cocoa Beach police remained on scene to prevent beachgoers from getting too close to the marine mammal's bloated carcass until Florida Fish and Wildlife personnel arrived.

In addition to the Indian River Lagoon, dolphins have been dying in record numbers in the northern Gulf of Mexico and the U.S. mid-Atlantic states where UMEs have also been declared during the summer of 2013.