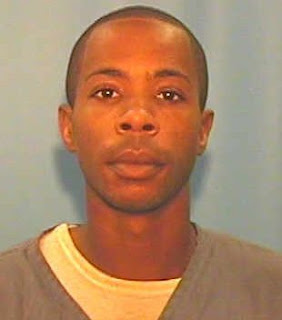 WEST MELBOURNE, Florida --- The Brevard County Sheriff’s Office is investigating the death of 32-year-old Fredrick Lorenza Kelly Jr., who was shot and killed during an alleged armed robbery of a pizza delivery driver.

The incident occurred in the parking lot of the Days Inn motel at 4500 West New Haven, West Melbourne shortly before midnight on Friday.

54-year-old Bryon Park of Palm Bay had just returned to his vehicle after delivering a Domino's pizza to a room in the motel complex when he was approached by Kelly brandishing a large knife.  Kelly allegedly demanded money from Park and threatened to kill him if he did not comply.  Brevard County spokesperson Lieutenant Tod Goodyear said in a release that Park then obtained the firearm he carries in his vehicle and defended himself by firing once toward Kelly.  Kelly was struck and pronounced dead at the scene.

Kelly’s body was transported to the Brevard County Medical Examiner’s Office for autopsy.  According to the Sheriff's Office, Fredrick Kelly Jr. has a lengthy violent criminal history that includes armed robbery, aggravated battery and false imprisonment.

"Preliminary evidence in the case demonstrates that the intended victim of the robbery acted in self defense while being robbed by a violent criminal who was armed with a knife," Sheriff Wayne Ivey said.  "The suspect in this investigation was released from prison in 2009, after serving a reduced sentence for similar violent crimes.”

Gun Owners Strike Back At Media