Arrest Made In Battery of Sheriff's Deputy at Home Depot 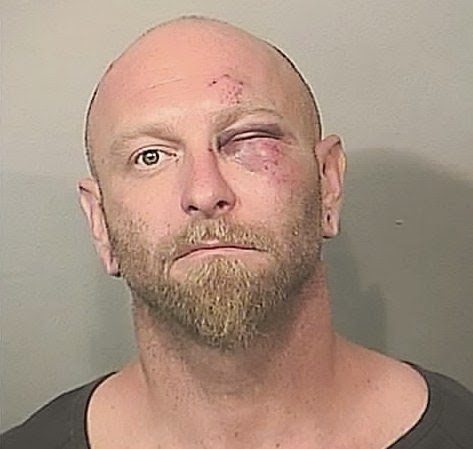 Brevard County Sheriff's deputies were called to the Home Depot after receiving reports from witnesses of an off-duty deputy attempting to detain a suspect.  The incident occurred after off-duty deputy Don Eri observed suspicious activity involving a vehicle and the suspect outside of Home Depot and then the suspect exiting Home Depot with property that appeared to have stolen from the business.

Deputy Eri approached and identified himself to the suspect and attempted to detain him pending the arrival of the Sheriff’s Office. The suspect allegedly refused to comply and resisted with violence, battering Deputy Eri in the process. The suspect then entered a gray 4-door sedan, driven by a white male, which immediately left the area.  Deputy Eri sustained minor injuries as a result of the incident.

After the suspect's picture was released via social media and the news media, the Brevard County Sheriff’s Office received numerous tips from citizens who identified the suspect allegedly responsible for battering the off-duty deputy.

Information received from CRIMELINE identified 36-year-old Derek Ryan Boeck of Cocoa, Florida, as the suspect in the Home Depot surveillance video.  As a result of the tips, agents obtained an arrest warrant for Boeck.

Late last night, agents of the G.A.M.E.O.V.E.R. Task Force developed information that Boeck was homeless and frequenting the area of Forrest Avenue and Hillcrest Drive in Cocoa, Florida.  Boeck, who authorities say was attempting to disguise himself by wearing a large hat and jumpsuit, was observed getting into a vehicle, which is believed to be the same vehicle used in the Home Depot incident.

Agents then made contact with Boeck, who allegedly physically resisted arrest attempts by the agents.  Boeck was arrested for active felony arrest warrants of Aggravated Battery on a Law Enforcement Officer, Resisting Officer with Violence, Grand Theft, and Resisting Merchant in Recovery of Merchandise. Boeck was additionally charged with Resisting Arrest with Violence and Providing a False Name to a Law Enforcement Officer.

Boeck is being held at the Brevard County Jail Complex in Sharpes, Florida on a $87,500.00 bond. Boeck has criminal histories in California and South Carolina relating to Burglaries, Drugs, Weapon and Resisting Arrest.

Investigators say that Boeck's recent drug use relapse was related to this case.