Fatal Crash On US-1 In Brevard County 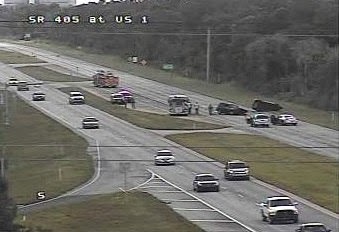 TITIUSVILLE, Florida -- The Florida Highway Patrol reported that 20-year-old Samantha Cannon of Cocoa, Florida died as a result of injuries she sustained in a traffic accident on US-1 in Titusville, Florida that occurred just before 10 a.m. today just south of the intersection of Columbia Boulevard.

FHP troopers say that 36-year-old Theotis Campbell, of Vero Beach, Florida, was driving a 2002 Chevy SUV northbound on US-1 while Cannon was driving a 2004 Toyota Matrix southbound on the same highway.   For unknown reasons, Campbell lost control of the Chevy and crossed into the southbound lanes.  The front of the Chevy struck the front of the Toyota and the Toyota overturned.

This crash remains under investigation and charges are pending.