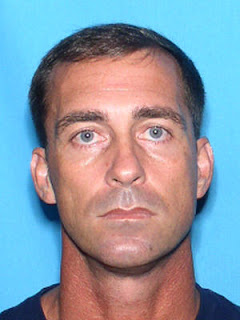 The Sheriff's Office said that Weber removed his ankle monitor this afternoon in the area of Cape Canaveral Hospital in Cocoa Beach, Florida.

Weber is described as a white male, 5’11”, weighing between 150-160 pounds, with brown hair and blue eyes.  Weber, of Cocoa, Florida, was last seen wearing dark clothing and riding an unknown colored bicycle.

Weber has been on monitor since 2011, relating to an incident in Orange County involving a Domestic Violence Attempted Murder. Officials say that Weber is considered dangerous and it is unknown at this time if he is armed or has access to any weapons.

Anyone with information about this investigation is asked to call CRIMELINE at 1-800-423- TIPS (8477). All calls to CRIMELINE are confidential and callers can remain anonymous and be eligible for a reward.