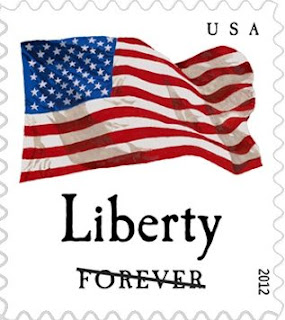 The United States Postal Service announced yesterday that it wants an increase in the price of a First-Class Mail single-piece letter from 46 cents to 49 cents. The U.S. Postal Service said that the proposed changes, which would go into effect in January 2014, are intended to generate $2 billion in incremental annual revenue for the Postal Service.  The price hike would have to be approved by the Postal Regulatory Commisison


The proposed increase in First-Class Mail pricing include:

Stamp prices have stayed consistent with the average annual rate of inflation of 4.2 percent since the Postal Service was formed in 1971.  Including the 2014 hike, the cost of a U.S. first class stamp will have increased by 10 cents in eight years since 2006 when it was 39 cents.  The stamp price over this time period will have increased by 25.64%.


The Postal Service recorded a $15.9 billion net loss last fiscal year and expects to record a loss of roughly $6 billion in the current fiscal year, and has an intolerably low level of available liquidity even after defaulting on its obligation to make prefunding payments for retiree health benefits.