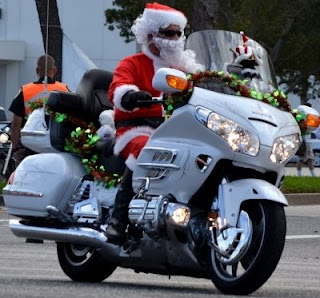 Anyone who wishes to be a part of the toy run should be at the Merritt Square Mall located at 777 East Merritt Island Causeway between 8:00 a.m. and 11:00 a.m.  Participants are asked to bring an unwrapped toy or a $10 donation.  The run will depart the mall at noon.

The run will have a police escort and will take up to 2.5 hours to complete.  Organizers say that they expect an excess of 5,000 motorcycles to participate in this charitable community event.


Organizers will designate the intersection of US 1 and Barton Boulevard in Rockledge, Florida as an emergency crossing.  Participating bikers need to be aware of possible stops along the route between State Road 520 and US 1 down to Barton Boulevard for emergency vehicles.


The toys will benefit children through the Shriner's and other local charities for the underprivileged.