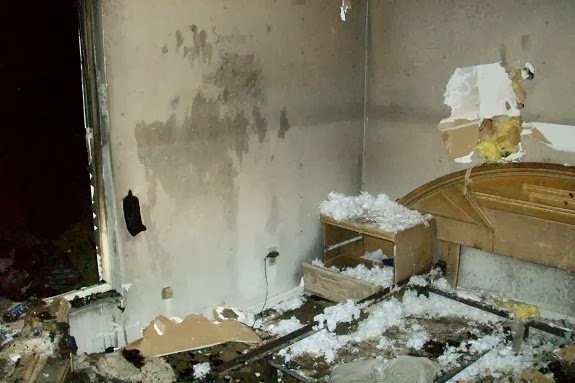 PALM BAY, Florida -- A cell phone charger is being blamed for a house fire that caused an estimated $5,000 damage to a home in southwest Palm Bay, Florida.

At approximately 5 p.m. on Saturday, Palm Bay firefighters responded to a home in the 500 block of Olivia Street SW after reports of a structure fire.  When firefighters arrived, they removed a mattress and box spring that had caught fire inside a bedroom.  Firefighters were able to contain the fire to just the bedroom of the single-family home.

After Assistant Fire Marshal Ron Bailey responded to the scene to determine the cause and origin of the fire, the investigation revealed electrical issues with the house.  Investigators learned that the occupant of the home had been charging a cell phone on top of the mattress.  Investigators say that they believe the charger sparked the fire that ignited the mattress.

The home is valued at approximately $100,000.  There were no injuries as a result of the fire.