I am very happy to announce that as the direct result of Social Media coupled with thousands of caring citizens, a missing 14-year-old has been reunited with her parents," Sheriff Wayne Ivey said in a statement.  "Earlier tonight a tip was provided to our agency by a very observant citizen! This citizen was out running errands late this afternoon and recognized the suspect. He then notified Central Florida Crimeline and the Sheriff's Office as he followed the suspect to a residence in Titusville. "


After the tip, deputies established a perimeter and were able to secure the suspect, 18-year-old Bobby Maas, and safely recover Sutton. 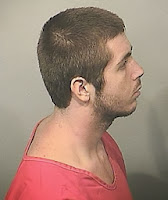 Maas was booked in the Brevard County Jail in Sharpes, Florda and charged with Loitering or Prowling, Fleeing/Attempting to elude police, Reckless Driving, Driving with a suspended license, and interference with child custody.

According to BCSO, Sutton was last seen on Thursday, November 14, 2013, at 2:30pm, in Cocoa Beach, Florida in the company of 18-year-old Bobby Maas.  Maas and Sutton are believed to be traveling in a blue 1991 2-door Acura Integra with an unknown Florida tag.

Camryn Sutton has been reported to law enforcement as a missing person and Bobby Maas is currently wanted on charges of Interference with Child Custody, and Aggravated Fleeing and Attempting to Elude.  BCSO warns that Maas may be in possession of a firearm or may be trying to get a firearm.  Caution should be used if approached.

Anyone who knows the whereabouts of Camryn L Sutton or Bobby Maas is asked to contact local law enforcement immediately or Central Florida CRIMELINE at 1-800-423-TIPS (8477).

All calls to CRIMELINE are confidential and callers can remain anonymous and be eligible for a reward.


Sen. Altman: Florida Sex Laws Should Be Changed For Teens